Questions or issues regarding drivers? Discuss them with other GeForce users in our forum. 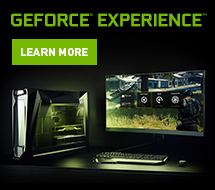 GeForce Experience automatically keeps your drivers up to date and your games super optimized. Learn more >

Search all GeForce drivers including WHQL, beta and legacy, by providing your system information.

"Standard" packages are those that do not require the DCH driver components.

To confirm the type of system you have, locate Driver Type under the System Information menu in the NVIDIA Control Panel.

WHQL Certified , GRD , SD , QNF , ODE , Beta Release
"WHQL Certified" Windows Hardware Quality Labs testing or WHQL Testing is a testing process which involves running a series of tests on third-party (i.e. non-Microsoft) hardware or software, and then submitting the log files from these tests to Microsoft for review. The procedure may also include Microsoft running their own tests on a wide range of equipment, like different hardware and different Microsoft Windows editions.

"GRD" Game Ready Drivers provide the best possible gaming experience for all major games. From early access through the lifecycle of the game, NVIDIA’s driver team continues to exhaustively test all major milestones so they can optimize performance, maximize stability, and perfect overall gameplay functionality.

"QNF" The ‘Quadro New Feature’ driver is from the most recent driver release branch, and contains the latest new features and functionality. It has been tested for workstation environments with reduced product support, and is recommended only for those users who need specific features that are mentioned in the respective release highlights or release notes.

"Beta Release" Beta drivers are provided by NVIDIA as preview releases for quick bug fixes and access to new features. Beta drivers are under qualification testing, and may include significant issues. It is the end user's responsibility to protect system and data when using Beta drivers with NVIDIA products. It is strongly recommended that end users back up all the data prior to using Beta drivers from this site. Please ensure that newer Recommended/Certified drivers are not already posted on NVIDIA.com prior to installation and usage of Beta drivers. Beta drivers posted do not carry any warranties nor support services.

Let us automatically detect your GPU and operating system

Please wait while we check your system for NVIDIA products

Keep your drivers up to date
GeForce Experience automatically notifies you of new driver releases from NVIDIA.
With a single click, you can update the driver directly, without leaving your desktop.

Sign up here to get driver alerts for your graphic cards